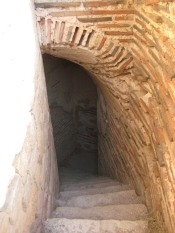 The CCSSO explains: Education is Stairmastery

The Council of Chief State School Officers, or CCSSO, has a new design for its website on the Common [sic] Core [sic] State [sic] Standards [sic]. The previous design was cleaner and more attractive, but who cares? Let’s get to what really matters: How good is the PR? Well, Bernays would be proud. For those with short attention spans, the new Parteizentrale for the Common Core-ing of the United States sports a nifty little propaganda video for the standards [sic]–a piece prepared by one of the innumerable CC$$ shill organizations, a group called “The Council of Great City Schools.” And what a little masterpiece this vid is! I’d say that it reeks right up there with the German Volk gymnastics exercise videos of the late Helene Bertha Amalie “Leni” Riefenstahl. The new vid is called “Learn about the Common Core in 3 Minutes.”

This slick RSA Animate-style piece of PR features an African-American female voice using a “tellin’ it like it is” tone to describe the new standards [sic] prepared by that highly experienced educator and profound learning theorist (LOL) Lord David Coleman–the standards [sic] paid for by a few plutocrats so that they could have a single national list to which to tag their oh-so-lucrative assessments and computer-adaptive curricula–the ones forced upon the formerly independent states of the United States by a program of blackmail called the “Race to the Top” carried out by our Secretary for the Department for the Regimentation, Narrowing, Distortion, and Privatization of U.S. Education, formerly the USDE. The oh-so-folksy but frank and no-nonsense voiceover says, and I quote:

Beginning: “Like it or not, life is full of measuring sticks:
“how smart we are,
“how fast we are,
“how well we can, you know, compete.

“But up until now, it’s been pretty hard to tell how well kids are competing in school and how well they are going to do when they get out of school.

“We like to think that our education system does that, but when it comes to learning what they really need to be successful after graduation . . . is a graduating senior in, say, St. Louis, as prepared to get a job as the graduate in Shanghai?

Middle: [Blah blah blah. A lot of talk about how education is a staircase, and the Common Core is one big staircase for everyone, and each standard is a landing on that staircase. A graphic showing little boxes being checked off below each stair, all the way up. Some kids gloriously at the top. Some slipping and falling, barely hanging on.]

End: “The world’s getting more and more competitive every day, but now, when our kids get to the top of their staircase, they can have way more options. . . . Clear goals. Confident, well-prepared students. That’s the Common [sic] Core [sic] State [sic] Standards [sic].”

Why the folksy African-American female voice? Call me cynical, but this seems like a piece of cultural appropriation by the Council of Great City Schools and the CCSSO of precisely the kind that Disney is so famous for. One of the stock memes of racist films of the 1940s and ’50s is the wise, older woman of color who sits those crazy white folks down and talks sense into them: “Why, young Mr. White, it’s time you figured out the difference between wantin’ and doin’.”

And, of course, the video is directed at middle-class parents and plays upon the fears created in them by the recent and continuing economic downturn and the general theft of middle-class prosperity by the U.S. oligarchy: You have to have these standards if your kid is going to be able to get a job in the future. The video also employs another kind of subtle racism: If we don’t have these standards, those kids in Shanghai are going to take your kid’s job.

So, the Common Core Stairway to the Big Bucks video has me thinking, reevaluating.

You see, weirdly, I always thought that education was

a. An enormously rich, varied, and community-creating hand-off whereby many, many older individuals passed on to many, many younger individuals what they knew and cared about in art, music, literature, history, science, mathematics, philosophy–you know, in culture; and

b. A garden of many, many forking paths for young people to explore so that they might discover and follow those suited to their disparate talents and interests–differing paths leading to enormously varied adult roles in a highly complex, highly diverse, highly pluralistic society; and

c. Lighting a fire, not filling a bucket; and

d. A delight, an adventure, a satisfaction of innate curiosity, and a great, good time.

Turns out I was all wrong.

Education is competing in a race up a stairway. It’s a Race to the Top. (The dummies always go for the sports metaphors.)

And it’s invariant. The same boxes are checked off for everyone as he or she races up that stair.

Here I thought that education was some sort of humane undertaking. But actually, you see, it’s about beating those kids in Shanghai to the top and leaving the pathetic loser underachievers struggling to hang onto the landings below.

For more pieces by Bob Shepherd on the topic of Education “Reform,” go here: https://bobshepherdonline.wordpress.com/category/ed-reform/

For more pieces on the teaching of literature and writing, go here: https://bobshepherdonline.wordpress.com/category/teaching-literature-and-writing/

11 Responses to Who Said Life Ain’t No Crystal Stair?