Jesus and I (for James Tate) | Bob Shepherd 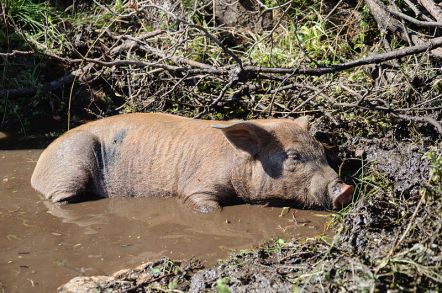 So, Jesus and I were taking a road trip through North Carolina. We made a wrong turn and got onto this country lane that dead-ended into a slaughterhouse—this big garagelike door, open, and the screams of the pigs coming out of it. Some of the workers were wearing ear muffs because of the screams, and they all had on rubber galoshes because of the–well, you know. Jesus took one look and put the souls of the men into the pigs and the souls of the pigs into the men. You could see the souls, like this yellow smoke, moving from one group to the other. I suppose he did that just for effect, as in the movies. And I said, “Jesus, you can’t do that!” and he said, “It’s just for a minute,” and then like Circe, he turned them all into pigs and everything else, for miles around, into forested swamp with lots of places to root and wallow.

I was sleeping, but something woke me up. It was Jesus. I walked through to the living room, and sure enough, he was up, sitting on our sofa in his boxers in the dark, smoking a Gauloise and laughing to himself. I said, “What’s so funny?”

He said, “I just sent Donald Trump a dream. He was a six-year-old from Honduras, and he had been walking for days and days through the desert with his mother, and he was thirsty and hungry and burned and bug-bitten, and his feet were throbbing, and she was crying, and he woke up screaming so loud you could hear it all the way to Melania’s room, though nothing surprises her anymore.”

“So how did you get the Gauloises?” I asked. “I thought they couldn’t sell those in the United States now.”

“I have connections,” he said.

“Why Gauloises?” I asked.

Once we were shooting hoops at the Y and I asked him, “Jesus, since you have all these like, powers or whatever, why don’t you just fix everything? Cancer, hunger, cracked iPhone screens, Trump’s brain?”

He gave me this you-expect-me-to-do-everything-for-you look, but then he softened, because that’s how he is, and said, “Leibnitz wrote a book about this–Theodicy, it was called.–To this day, the area of philosophy that deals with the problem of evil is called by that book’s title. . . .  Funny.”

“What’s funny?” He had a weird sense of humor. I told him this, too. Often.

“Well, as you know,” he said, “Leibnitz independently co-discovered the Calculus. But he totally missed, in his book, that souls are infinite and that any amount of suffering, divided by infinity, is effectively zero.”

For more poems by Bob Shepherd (and essays on reading and writing poetry), go here: https://bobshepherdonline.wordpress.com/category/poetry/